DR. TIM'S AQUATICS new product, Dr. Tim's One And Only is my suggested replacement for Bio-Spira. More info - http://www.drtimsaquatics.com/productguide/H2O-PURE_Products/H2O-PURE_Products.html which is the new website for Dr. Tim Hovanec, who was the scientist who invented the original formula for Bio-Spira, as well as the Bio-Wheel filter system. Now that Tetra has merged with Marineland, I suspect that Marineland's once decent quality products will diminish in quality. Instead of looking around for Bio-Spira, just get Dr. Tim's One And Only and use it instead.

Below is just a rough draft of recent forum posts in the AquaticLife YahooGroup which came up in this thread.. http://pets.groups.yahoo.com/group/AquaticLife/message/26973, with the new info I've learned about the "new" Bio-Spira which will be coming out soon. Of course, since these are copies of my emails, the latest posts are on top so start at the bottom if you want to read things in chronological order. I've highlighted the pertinent "Late Breaking News" as red and bold text so you can scroll down and read it much quicker. Read this entire thread for more info about Bio-Spira, the nitrogen cycle, etc.

Actually, the original Bio-Spira had active strains of Nitrosomonas, Nitrospira and Nitrosospira. It was these latter two that set Bio-Spira apart... well that and the fact that it was kept refrigerated to keep the bacteria in hibernation so they'd live in the package until used. Read that long interview with Dr. Hovenac that I linked to in my previous post (copied below). I really am waiting to see how Marineland or Tetra explains that this "new" product will work and keep the bacteria alive on the shelf.

I meant "the only bacteria in Bio-spira is nitrospira, so it is missing nitrosomonas"

> AFAIK, the only bacteria in Bio-spira is nitrosomonas (someone please
> correct me if I'm wrong here).

For pet and human bacteria supplements the bacteria are typically anaerobic
- they don't need oxygen to survive. I'm not so sure about septic bacteria, but it seems to me there wouldn't be that much aeration in the tank, so I'd guess it is also anaerobic.

From what I understand, aquarium bacteria is supposed to be aerobic since O2 is required for oxidizing nitrite to nitrate. What I don't understand is the difference between the standard Nitrosomonas/Nitrobacter vs. Bio-Spira which contains NitroSpira. Nitrobacter and NitroSpira basically do the same job (convert nitrite->nitrate), the only difference I can find is that NitroSpira grows slower and tends to be the nitrite oxidizing bacteria in natural samples more often than Nitrobacter. Nitrospira is slowed by high ammonia levels, which Nitrosomonas is needed to handle. AFAIK, the only bacteria in Bio-spira is nitrosomonas (someone please correct me if I'm wrong here).

>
> Or (from pet odor control products) maybe they're using encapsulation
> technology, "wrapping" it with a small amount of oxygen that won't be
> depleted before the expiration date?
>
> Carmen

I'm not sure about these so-called digestive aid bacteria since I've never done any research or reading about them (I'm down here in Southern Louisiana where we put hot sauce and lots of spices on just about everything so I've never needed any added digestive bacteria.. lol) and whether they will "live" outside of their normal environment (your intestines) but I do know that nitrifying bacteria need ammonia and oxygen to live. I know some bacteria will live in a dry environment and then become active under the right conditions (aka yeast) and nitrifying bacteria are an airborne bacteria in nature but there's a big difference between airborne bacteria and packaged products. In airborne conditions, there's just the right amount of moisture, plenty of O2 and there's an ammonia source from the nitrogen cycle that exists in all of nature.

It took Marineland ten years to develop the original Bio-Spira and their patent will be expiring soon.. I'm guessing in the next couple of years since the product came out in 2002 so it's at least six years old and most patents are only good for ten years. They were never really able to get it introduced to the mass marketplace due to the cost and other inhibiting factors associated with keeping it refrigerated during shipping and at retail levels. I would imagine that over the past ten years, while Bio-Spira held the patent on the hibernation method of keeping the nitrifying bacteria "alive" throughout the shipping and distribution process, all of the other so-called bacteria-in-a-bottle companies would have been figuring out a way to keep theirs alive without the need for refrigeration and NONE of them have done so... so I'm not sure how Marineland could have finally figured out a way to do it but I guess anything is possible so I'll wait and see some published reports from hobbyists and/or peer reviewed studies to come out. Here's a long interview with Dr. Timothy Hovenac, the lead scientist that helped develop Bio-Spira... http://aquamaniacs.net/forum/cms_view_article.php?aid=36

The fact that they are releasing the "new" Bio-Spira under Tetra's brand name makes me think it will just be another bottle of JUNK that they try to sell unsuspecting newbies. Of course, Bio-Spira did learn it was not just the nitrosomonas bacteria but the nitrospira and nitrosospira bacteria that started the nitrogen cycle so maybe, just maybe, if they do have some of these proper bacteria in a bottle, it might work but I'm very, very skeptical at this point. Why would they not use their own name? They already have really good brand recognition, with many hobbyists, as the only product that works as advertised so I'm not sure why they'd give that up... haven't they ever heard of "New Coke"? I'd like to see what Dr. Timothy Hovenac has to say about the new formula of Bio-Spira.

I know the other so-called bacteria-in-a-bottles do not work. For example, with the original Bio-Spira, you could add it one day and then start adding ammonia at up to 5ppm the next day and the tank would "cycle" properly (ammonia>nitrite>nitrate). I've read many posts from hobbyists who tried this experiment with the other bacteria-in-a-bottle products and NOTHING happened to the added ammonia the next day because there simply were NO live bacteria in the bottles. Eventually the tank would cycle but that would happen due to the airborne nitrifying bacteria eventually inhabiting the tank and growing large colonies. Most of the other bacteria-in-a-bottles did not even have the proper nitrifying bacteria.

Oh well.. I don't have the patent yet so I'm making this special licensing offer to anyone else. You are welcome to use my idea of selling "GoldLenny's 100% Natural Air" complete with suspended nitrifying bacteria, oxygen and ammonia for use in jump starting the nitrogen cycle in aquariums. I do want a 5% royalty though! ;-)

I guess this belongs more on my Rants & Raves blog. LOL

On a side note, since I don't have 5-10 empty 10G tanks sitting around, maybe someone out here can go out and buy a bottle of each of the current so-called bacteria-in-a-bottle products and try this simple experiment. Set up the tanks running with a filter, add the product, wait the prescribed time period and then add 5ppm of ammonia and test it the next day to see if any of the ammonia was converted through the nitrogen cycle.

Been thinking on this one. I'm a dog person, not a chemist, but here's something I thought of...
Most high-end holistic dog foods contain probiotics (bacteria). They are applied after the food cools to avoid being damaged by heat.

Eagle Pack also sells them in a dried powder form to assist with either food transition and fix for upset tummies. The bacteria are in "suspended animation" due to being dried. Maybe they've figured out a way to suspend it similarly so that it is dormant and doesn't require oxygen. A liquid is obviously different but ??? Come to think of it, Septibac for septic systems is available in powder OR liquid...I've never done a pile of research on the efficacy of it but I spray it on my yard in the spring to help digest leftover winter waste after the major spring cleanup and it seems to work...

Or (from pet odor control products) maybe they're using encapsulation technology, "wrapping" it with a small amount of oxygen that won't be depleted before the expiration date?

World Flag Counter added April 14, 2010 so the numbers are artificially low by over 10,000 hits (pageviews) based on Google's Adsense numbers. I'm only showing the top 60 countries but if you want to see the full list, open the FlagCounter in a new tab/window and you can then navigate around to see a Map, List, etc. The "Visitors" number is based on unique visitors so this counter does not re-count the same person who visits again.

If This Site Was Helpful, PLEASE consider a DONATION

... AND if you want a FREE and easy way to backup your personal computer files, I encourage you to use:

Mozy.com - FREE, secure, encrypted and automatic online backup of your documents, photos and files. Check out how simple and secure it can be to use the Mozy backup system.

Some good forums and Yahoo! Groups for getting help or learning more about fish keeping

AquariaCentral.com - A very busy forum covering all aspects of fishkeeping.

AquaticLife Yahoo Group - A busy group that is well moderated so NO spam.

Aquatic-Hobbyist.com - Unfortunately, this once GREAT site no longer exists EXCEPT most of the articles, fish profiles and forum posts can still be found thanks to the Internet Archive Wayback Machine - http://web.archive.org/web/20080404041205/http://www.aquatic-hobbyist.com/sitemap.html

Gold-Fish Yahoo Group - A moderately busy group that is well moderated so NO spam and another forum that I monitor via email and reply often.

GAB-GoldfishAquariumBoard - A busy group mostly about goldfish but tropical's as well.

Ponds And Plants Yahoo Group - A not-so-busy group that is moderated covering Pond and Plant care.

PondKeepers Yahoo Group - A moderately busy group that is moderated.

Ponds-Koi Yahoo Group - A busy group but not moderated and gets occasional spam but we usually just joke about these spam items when we get one. I monitor this one via email and reply often. 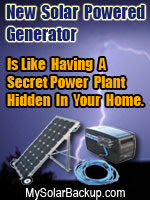 Labels - Alphabetical List Of Articles and Sorted by Group